HOW PLANTS CLEAN THE AIR 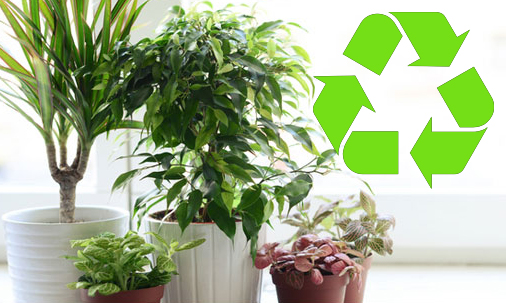 Experiments with Plants …
The National Aeronautics and Space Administration was instrumental in determining that house plants improve the quality of air that we breathe while they were researching ways to clean the air in space stations. Scientists discovered that there were 300 volatile organic chemicals in the air occupied by the crew. Dr. B.C. Wolverton, a research scientist, headed a team that experimented with plants to determine which were best at purifying the air. In 1996 he published the results on 50 plants in his book “Eco Friendly House Plants”. The following information is largely taken from his findings.

How Plants Clean The Air …

Because most houseplants evolved in the under canopy of tropical or subtropical forests, they have unusually high rates of photosynthesis to allow them to thrive in dim light. This trait works to our advantage when dealing with indoor environments.

The studies confirmed that houseplant leaves, roots, soil and microorganisms work together in a symbiotic relationship to removal chemical pollutants: